Achievement is not an overnight game, it takes dedication, hard work, and perseverance, this line has very well proved by Valentina Fradegrada who is an Italian model, an Instagram sensation, and social media personality has grown more well-known for sharing her lovely photos on the platform.

Her most notable accomplishment is founding Upside Down Bikini. She has worked with well-known brands like Nike and starred in numerous music videos. She represents Fashion Nova and Bang Energy as a brand ambassador.

On May 14, 1991, Valentina was born in Bergamo, Italy. She is of Italian ancestry. In Milan, she went to a private school. She studied classical dance for 12 years before to beginning her modeling career, and after that, she engaged in martial arts training. She has won the Italian Wu Shu Kung Fu championship five times. Valentina contributed to a Mexican Playboy Magazine in 2016.

She recently removed all of her photos and videos from her 2.6 million-follower Instagram account, albeit the reason for this is yet unknown. She also attended photo sessions for the Calvin Klein Brand. In addition to her passion for fashion and style, Valentina enjoys sharing pictures of her travels, daily experiences, and photo shoots. Additionally, she has worked with Jay Alvarrez and Bella Thorne.

As we talked about her relationship, her lover was the model and social media influencer Jay Alvarrez from the United States. The devoted couple has been seen together in public, and they also share intimate images on social media. Additionally, they rose to fame as a couple on social media. They appear to be splitting up, though. Valentina is single at the moment and focusing on her work.

Kevin-Prince Boateng, a former AC Milan, and Barcelona player married Italian model Valentina Fradegrada in the first metaverse wedding. The 35-year-old athlete married model and businesswoman Valentina Fradegrada on Saturday, June 11, in virtual space and on the moon, giving us a peek at how weddings might appear in the future. In addition, the pair married in a traditional wedding ceremony in Tuscany. Boateng, who was born in Germany, has Ghanaian ancestors and has led the African nation’s football team.

According to the German news website Spox, fans and other interested parties also attended the virtual wedding. Tickets to the Metaverse wedding were 50 euros each and were quickly sold out, according to the story.

Boateng explained the reason for the metaverse wedding to an Italian news website, “I wanted something unique for Valentina.” Something that has never previously existed.” Enzo Miccio planned the wedding and shared photos from the Metaverse on Instagram of the pair during the wedding on the moon with the earth in the background. 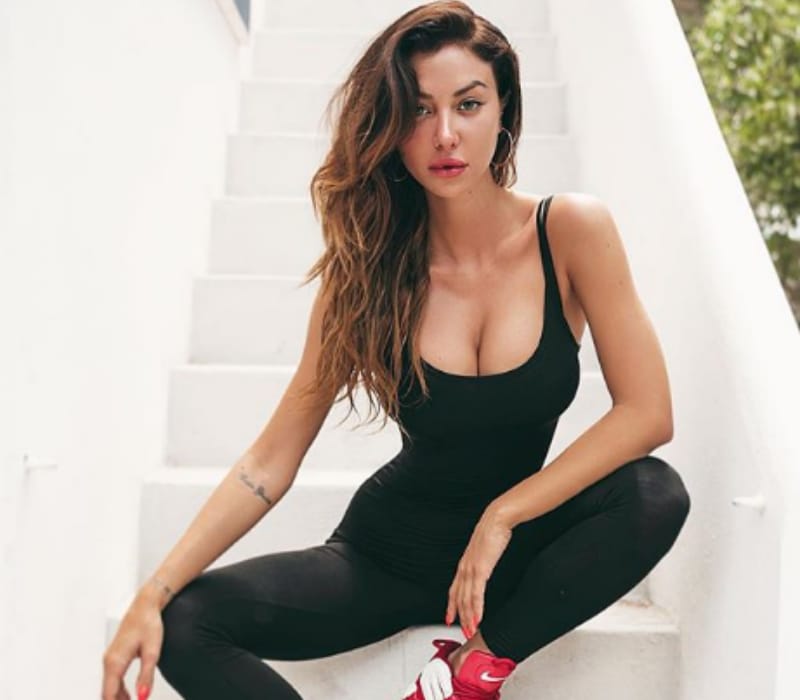 Valentina Fradegrada’s estimated net worth in 2021 will be $300k given that she also makes money from modeling, advertising campaigns, and photoshoots for other companies.

This famous personality, Valentina stands at a height of 5 feet and 9 inches which is 176 centimeters. Valentina is very conscious about her physique which is enhanced by her shiny dark brown hair and black eyes. Valentina has attracted millions of her fans through her mind-blowing looks and beauty.

This personality maintains herself fit with a weight of 56 kg or 123 lbs. Her figure measurements are 35 inches breast, 24 inches waist, and 36 inches hips approximately. Valentina’s bra size is 34B whereas her shoe size is 6 (UK).

Some Amazing Facts at A Glance About Valentina Fradegrada: