The Miz is a professional wrestler, actor, and television personality from the United States. He is presently signed to WWE, where he competes on the Raw brand as The Miz. He is well-known for his spectacular WWE career and several wrestling championships. Mike appeared on nine reality series between 2001 and 2006.

Except for Real World/Road Rules Challenge: Battle of the Sexes 2, he reached the finals of every other show and won Real World/Road Rules Challenge: Battle of the Seasons (2002), The Inferno II (2005), and Fear Factor: Reality Stars (2006). In 2018, he became an executive producer of Miz & Mrs, a reality show based on his family life that aired on USA Network. He has also appeared in WWE Studios films such as The Marine series, Christmas Bounty (2013), and Santa’s Little Helper (2015).

Contents hide
1 What makes The Miz famous?
2 What is the real name of The Miz?
3 The Miz Career
3.1 Career in Television
3.2 Wrestling Profession
4 The Miz Awards and Achievements
4.1 The Baltimore Sun
4.2 Deep South Wrestling
4.3 Ohio Valley Wrestling
4.4 Pro Wrestling Illustrated
4.5 Rolling Stone
4.6 World Wrestling Entertainment/WWE
4.7 Wrestling Observer Newsletter
4.8 What is The Miz’s net worth?
4.9 The Miz Wife
4.10 How tall is The Miz?
4.11 Did You Know?

What makes The Miz famous?

What is the real name of The Miz?

Michael Gregory Mizanin, better known as The Miz, was born on October 8, 1980, in Parma, Ohio, USA. George Mizanin and Barbara Pappas raised him. When he was 11 years old, his parents split and he moved in with his mother and stepfather Donnie. He has two half-siblings: Johnny, his brother, and Tonia, his sister. 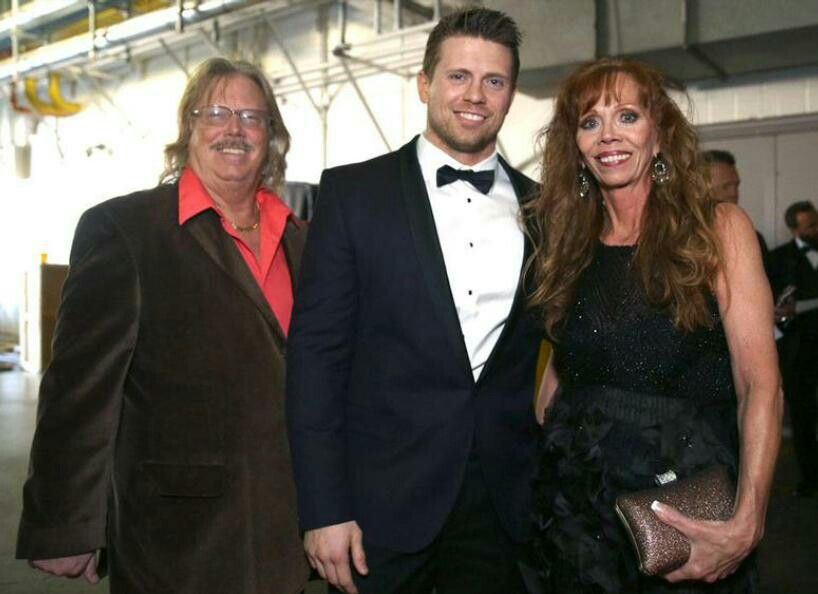 George Mizanin, his father, runs multiple Mr. Hero sandwich stores in the Cleveland area. Barbara Pappas, also known as Queenie, is a healthcare practitioner and psychology graduate. His nationality is American, and his ethnicity is mixed, with Austrian, Hungarian, Slovak, and Romanian ancestors on his father’s side and Greek, German, and English ancestors on his mother’s.

He was the captain of the basketball and cross country teams at Normandy High School. Similarly, he was a member of the student government and the editor of his high school yearbook, as well as a swimmer. He later attended Miami University and was a member of the Theta Chi fraternity. He attended the Richard T. Farmer School of Business. As of 2021, he will be 41 years old.

The Miz Awards and Achievements

What is The Miz’s net worth?

He earns more than $2 million every year. His main source of riches is his wrestling profession, but he also makes a lot of money in the entertainment business. He earns a lot of money as a result of his winnings and his appearance on WWE goods. He also makes money through the Pay-Per-View system. He is an endorser of WWE SmackDown products. He owns a $3.65 million home in Hollywood Hills. However, he purchased the residence five years prior for $1.865 million. He is reported to own a number of high-end vehicles, including an Audi. He is currently living a wealthy lifestyle.

The Miz is married to Maryse Ouellet, his longtime lover. They began dating in 2008 and were engaged in 2012. The pair married in The Bahamas on February 20, 2014.

How tall is The Miz?

His hair is light brown, and his eyes are blue. He wears his hair in a fauxhawk. As a wrestler, he takes good care of his physique by exercising frequently.