Sergej Milinkovic-Savic, better known as Sergej, is a Serbian professional footballer. He is now a member of the Serie A club Lazio as well as the Serbia national team. His position on the field is that of a midfielder.

Sergej Milinkovic-Savic played for Sporting and Grazer AK’s youth teams. In 2006, he joined Vojvodina’s youth team and began his professional career with the club, where he helped them win the Serbian Cup in 2013-14. He signed a five-year contract with Belgian club Genk in June 2014 and was handed the number 20 shirt. He played 24 games for Genk before joining Lazio in Italy a year later. He has made almost 250 appearances with Lazio, winning the Coppa Italia and the Supercoppa Italiana twice.

Sergej Milinkovi-Savi, who was born in Spain, represents Serbia on the international stage. He has represented Serbia at a number of different ages. He has played for Serbia at the U19, U20, U21, and senior levels. He was a member of the Serbian U20 team that won the FIFA U20 World Cup in 2015, and he was awarded the tournament’s Bronze Ball for his efforts. On November 10, 2017, he made his senior international team debut for Serbia. 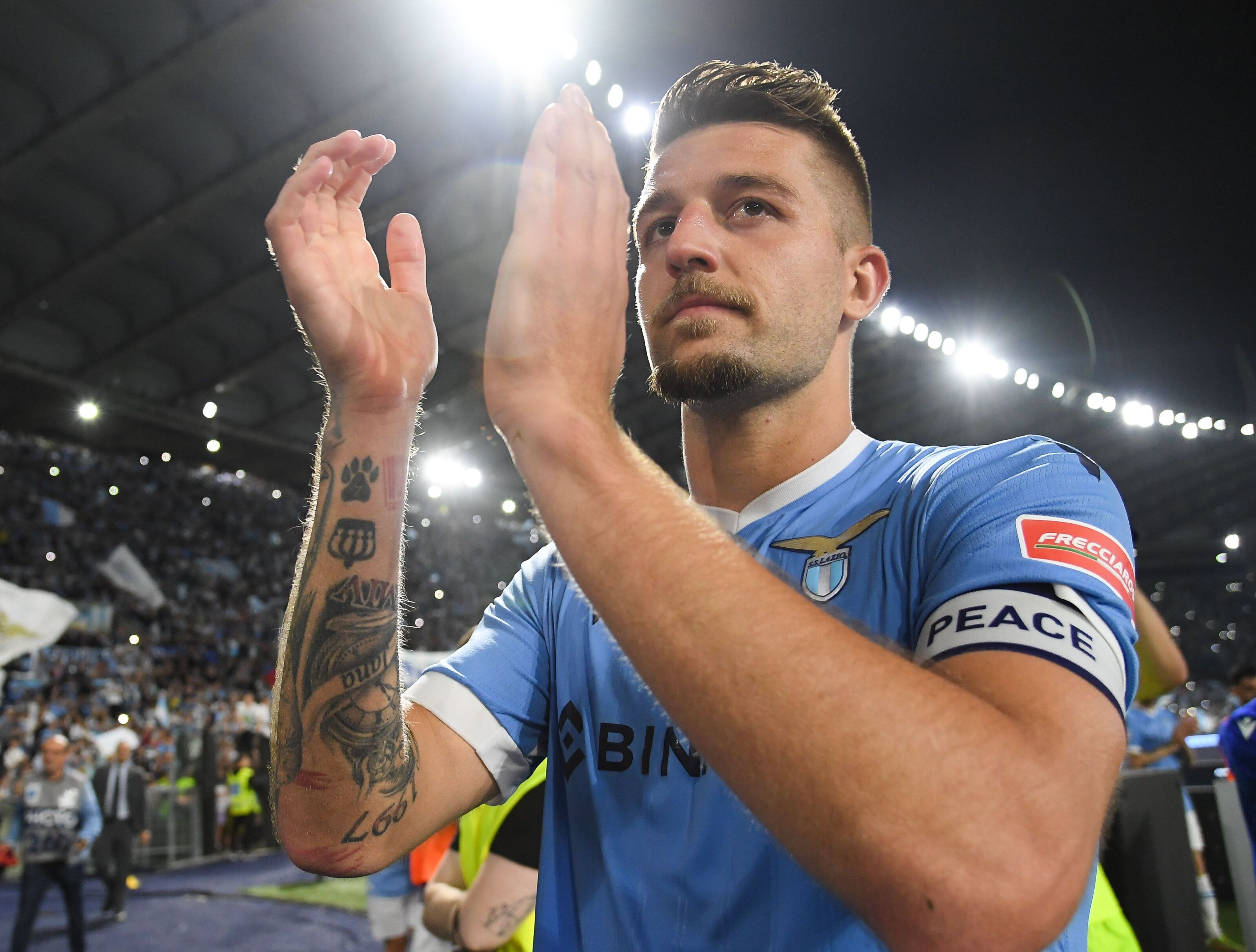 Sergej Milinkovi-Savi was born on February 27th, 1995. His hometown is Lleida, Spain. He is of Spanish and Serbian descent. He is of the Caucasian ethnicity. Similarly, his religion is Christianity, and his zodiac sign is Pisces, according to his birthdate. His father, Nikola Milinkovi, and mother, Milijana Savi, gave birth to him.

His father, Nikola Milinkovi, is a retired Serbian midfielder, while his mother, Milijana Savi, was a competitive basketball player. He grew up with his younger brother Vanja Milinkovi-Savi, a Serbian professional footballer who plays goalie for the Italian team Torino. He also has one younger sister, Jana Milinkovi-Savi. His educational background is presently unavailable.

Sergej is a married man, according to his personal life. He married his gorgeous sweetheart, Natalija Ilic, after a long relationship. Natalija Ilic, his wife, is a Serbian blogger and doctor who studied medicine in Serbia before coming to Rome after finishing her studies.

The couple began dating in 2017. After five years together, the couple is officially engaged. They are frequently spotted traveling across the world together and sharing a few images on their social media profiles. They are currently having a happy life together.

Sergej Milinkovic is a Serbian professional footballer who currently plays for Lazio in Serie A. He signed a five-year contract with Belgian club Genk in June 2014 for a price of €1 million. He joined the Italian club Lazio in July 2015 for a cost of €12 million. His net worth is estimated to be €7.5 million as of 2022, with his current club paying him £3.9 million each year.

Aside from that, he receives a substantial amount of money via sponsorship, national team wages, endorsement deals with major brands such as Nike, and more. Furthermore, his market value is roughly €70 million. He lives a lavish lifestyle thanks to his big fortune.

Sergej Milinkovi-Savi is 1.91m tall, which equates to 6 feet and 3 inches. His body weight is 76kg. He also has an athletic body type. His eyes are dark, and his hair is blonde. His chest measurement is 42 inches, his arms are 14 inches, and his waist is 32 inches.

Furthermore, his sexual orientation is straight. He exercises frequently to keep his body in shape. Overall, he has a healthy body with tattoos on various regions of it.