Ringo Starr is an English musician, singer, songwriter, and actor best known as the Beatles’ drummer. He performed lead vocals with the group on occasion, generally for one song on each album, such as “Yellow Submarine” and “With a Little Help from My Friends.” In addition, he composed and performed the Beatles’ songs “Don’t Pass Me By” and “Octopus’ Garden,” as well as being acknowledged as a co-writer on others. He used to work for British Rail and even as a machinist at an equipment maker in his hometown of Liverpool before breaking out as a drummer.

In 1957, he co-founded his first band, the Eddie Clayton Skiffle Group, which received numerous notable local bookings before the trend was overtaken by American rock and roll in early 1958. Starr was a member of another Liverpool band, Rory Storm and the Hurricanes when the Beatles formed in 1960. In August 1962, he replaced Pete Best in the Beatles. Aside from the Beatles’ films, Starr has been in a host of others. Following the dissolution of the band in 1970, he released numerous successful songs, including the US top-ten smash “It Don’t Come Easy,” as well as number ones “Photograph” and “You’re Sixteen.”

He has appeared in a number of documentaries, hosted television shows, narrated the first two seasons of the children’s television show Thomas & Friends, and played “Mr. Conductor” in the first season of the PBS children’s television series Shining Time Station. He has toured with thirteen different Ringo Starr & His All-Starr Band lineups. In 1998, he was inducted into the ‘Modern Drummer Hall of Fame,’ and in 2018, he was named a ‘Knight Bachelor’ for his contributions to music.

Ringo Starr was born Sir Richard Starkey on July 7, 1940, at 9 Madryn Street in Dingle, an inner-city neighborhood of Liverpool, England. His nationality is British, and he is of English, Scottish, and Irish heritage, hence his ethnicity is Mixed. As of 2021, he will be 81 years old. His Zodiac sign is Cancer, and he practices Christianity. Richard Starkey (1913-1981) was his father, and Elsie Gleave (1914-1987) was his mother. His father and mother are both confectioners. Following his parents’ divorce, his mother worked a variety of jobs in order to make ends meet. However, tragedy struck when little Starkey, 6, suffered appendicitis and went into a three-day coma.

After a year, he was entirely recovered. His mother permitted him to stay at home after his discharge in May 1948, forcing him to skip school. He went to St. Silas Church of England Primary School before moving on to Dingle Vale Secondary Modern School. However, due to a series of sicknesses and hospitalizations, he slipped behind his friends and was unable to take the 11-plus qualifying examination, which was required for admission to a grammar school. Following his recuperation, he chose against furthering his formal schooling and instead entered the job. 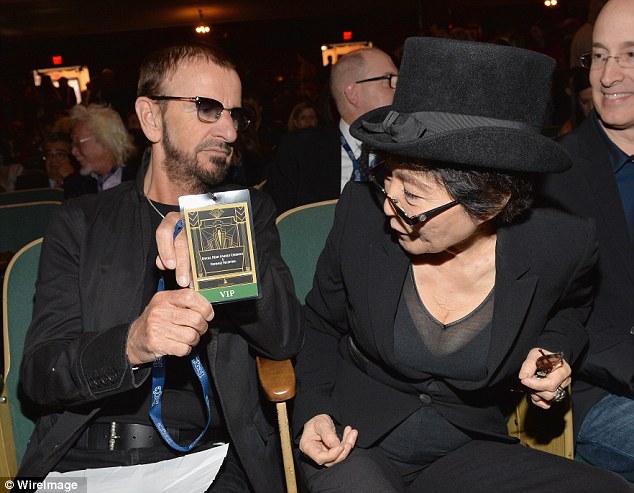 Ringo Starr is a musician, singer, and actor who has amassed a sizable fortune over his professional career. Ringo Starr’s net worth is estimated to be $290 million as of 2022. According to reports, his monthly compensation is $3 million, and his yearly income is more than $20 million.

He has appeared in TV ads for Pizza Hut Stuffed Crust Pizza, Oldsmobile Sun Country Wine Cooler (1986), Charles Schwab Investing (2000), and “Rock Out in Comfort” for Skechers Relax Fit Shoes. His money is derived from the music business. He is currently enjoying a luxury lifestyle on his money. He was named the world’s richest drummer in 2020, with a net worth of $350 million.

Ringo Starr is a married guy who has been married twice. First, in 1965, he married Maureen Cox. Zak, Jason, and Lee were the couple’s three children. A decade later, in 1975, the couple split. Maureen passed away on December 30, 1994. Ringo has eight grandchildren: one from Zak, four from Jason, and three from Lee.

He fell in love with actress Barbara Bach after meeting her during the production of the film ‘Caveman’ in 1980. On April 27, 1981, they exchanged vows. They are now living their lives happily and without interruptions. He is not homosexual and has a heterosexual sexual orientation.

Ringo Starr stands 5 feet 6 inches tall and is a gorgeous singer. His body weight is 68 kg. His hair is dark brown, and his eyes are blue. His physique is slender. He has a rough beard and short hair. He constantly wears sunglasses.

He has a stud on his left ear with the word ‘Star’ written on it. His shoe size is 7 in the United Kingdom.