Annu Rani (born 28 August 1992 in Bahadurpur, Meerut, Uttar Pradesh) is an Indian javelin thrower. She was the first Indian woman to reach the finals of the women’s javelin throw event at the 2019 World Athletics Championships in Doha.

After missing the Olympic Qualification mark, Annu qualified for the 2020 Tokyo Olympics through international rankings. The best effort in her career is 63.24m, which helped her earn gold at the National Interstate Athletic Championship in Patiala in 2021.

Annu Rani was born on August 28, 1992, in the village of Bahadurpur, Uttar Pradesh, to an agricultural family. Her brother, Upendra, spotted her upper body strength during a cricket game and recognized her talent. He started training her by having her throw sugarcane sticks in an empty field. Annu’s first javelin stick was a long piece of bamboo that she fashioned herself because she couldn’t purchase one.

At the age of 18, she began competing in the javelin throw for the first time in 2010. Despite her father’s objection to girls participating in sports, her brother eventually began to pay for her training as well. He eventually came around to supporting Annu’s skill after she broke the national record in 2014, and he now supports her goal.

She is blessed with an attractive personality which is enhanced by her black hair and black eyes. Her  height is 5 feet and 5 inches which is 165 centimeters. 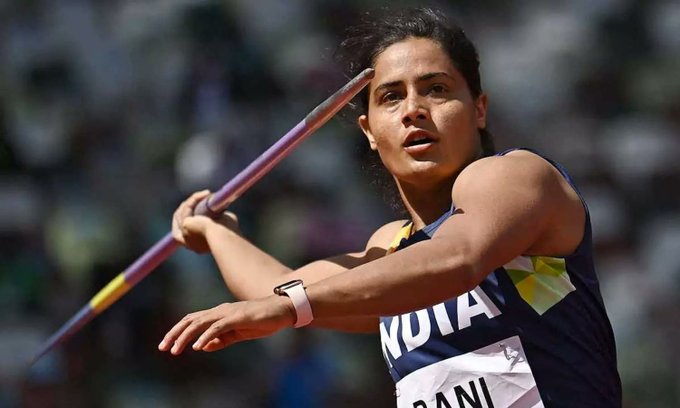 She follows a regular and healthy diet in order to keep herself healthy with a weight of 65 kg or 143 lbs.

According to some Internet sources, her estimated net worth is around $200K approx.

There is no information available with regards to her husband, boyfriend, and any relationships. It is believed that she is single and enjoyed her life with her family and friends.